I grew up with second, third, fourth and fifth cousins on my father’s side.  That degree of kinship was an acknowledged relationship in our town and fifth cousin didn’t feel so far from the nuclear family.  We all knew how we and those around us fitted into the greater family unit.

This was the family view I had as a child.  With little understanding of history it never occurred to me that our emigrating ancestors left siblings behind in their home countries – or had siblings who emigrated to different continents.  My known family was quite unaware of the bulk of our extended cousinry (apparently this is a word) who had scarcely even heard of Australia.

As a counterbalance to this family experience, my mother’s family is completely different. Her paternal line is a two hundred year story of orphanages, boarding schools and foster homes.  The teenage orphans often met their future spouses through the orphan-care system, further compounding the genealogical challenges. 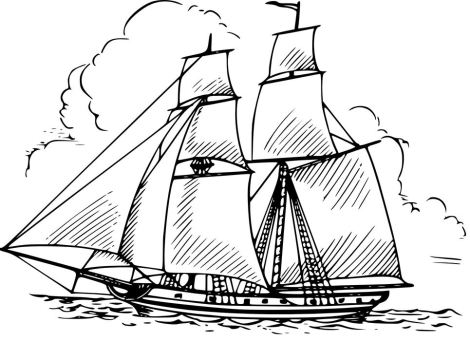 The young orphans even lost sight of their own brothers and sisters.  There are no family stories from long ago, no photographs, no idea whether people were named after earlier family members or if they were named by the orphanage staff.   These families travelled broadly.  Their orphan experiences left them unrooted and emotionally free to chase the work wherever it could be found.  They travelled from South Australia to Western Australia to New South Wales to Victoria.   They scattered far and wide, one child settling in the south and his/her sibling in the north.  I really needed DNA testing to help me here because these orphans as adults were also painstakingly law-abiding.  A criminal record is a wonderful genealogical aid but I found no such thing with these ancestors.

It seemed quite reasonable to me that I should know who all my cousins are at least to the fifth-cousin relation.  For many years, I thought I was doing well.  Then I discovered genetic genealogy and realised what a fantasy world I’d been living in.  I’ve said this before and it strikes me anew every few weeks.

At present, my parents’ profiles show the following matches:

What does this tell me?  Firstly that through my parents I have 35 quite close cousins whose names mean absolutely nothing to me.  It’s disturbing enough to have 140 3rd-5th cousins that I don’t know, but much worse to have that 35 in the closer range.  Some have trees, most don’t.  Very few of these cousins are in Australia. Some have responded to email and told me they are adoptees.  Some have very good trees, as good as I try to make mine, but we have no common family anywhere within them. It can be very disheartening.

However, I have learned a thing or two in the 2 years since I first tested.

Don’t panic.  THE FTDNA ESTIMATES ARE A ROUGH GUIDE, at least as far as my own family is concerned.  For instance, consider the following four cousin matches in my mother’s profile.

The first one is actually now a confirmed 3rd cousin.  Look at those figures – 128.82cM shared and the longest block is 34.27cM.  A match like this really does belong in the 2nd-4th cousin category.  This is the only match I have ever seen of this strength among my random matches. I have two more but I put them there myself.   If you are Australian, test your DNA and find that kind of match, you are very very very fortunate!

Now compare it to the second one.  She is also a predicted 2nd-4th cousin match but the total shared cM is 49.07cM.  This is vastly different to the one above.  The reason she has this relationship prediction is the longest block – 30.48cM is quite a big portion to come down unchanged to both my mother and to herself.  Statistically, you would expect that chunk to break up.  But it hasn’t.

In my experience, with my own family, large chunks seem to be coming down from a long way back.  For my own lineage this is not a good indicator of relationship.  This lady has a very good tree and each of us have an ancestral line to the same little village in Sussex. Assuming an NPE (either way) at the most recent period of common residence would make her a fifth cousin to my mother.  Were it not for that long block, she would have been placed in the 3rd-5th cousin range anyway.  The more of your known family that you test, the more you can find which inheritance patterns hold for your own DNA.

The third match is a predicted 3rd-5th cousin but she only shares 35.06cM.  The longest block is 18.10cM which is a decent size segment.  I have absolutely no idea where this lady fits, she has not responded to an email and she has provided no tree but she does have a list of surnames, none of which match mine.  There are no locations provided.  I can therefore only guess, but I suspect she is around the 6th cousin level and the 18.10cM match has brought the prediction closer.  I might be wrong, but when faced with page after page of mysteries we have to make some initial assessment.

The final match here is a predicted 3rd-5th cousin but he actually shares more DNA with my mother than all her 2nd-4th predictions other than the identified third cousin. 72.60cM seems like a lot to me! He has been placed in this category because of the smaller longest block of 15.34cM.  The algorithm therefore places him here instead of closer.

Comparing the second match (49.07cM) and the fourth match (72.60cM), which seems like the closer relative?  His longest matching block is half the length of the lady’s, but I still think he will turn out to be a closer relation to my mother.  Unfortunately he has no provided ancestral details at all and also has not responded to my email.

This does not make FtDNA’s algorithm wrong.  It’s just that they are trying for a single best fit when faced with greatly varying inheritance patterns.  We can all work with this as a starting point, then adjusting based on the trends we have spotted for ourselves.

As a last illustration, here is my daughter’s chromosome 15 match with myself in orange (her mother) and my father in blue (her grandfather).  It’s identical. An unchanged 118.07cM across three generations.  That’s going to skew some DNA prediction in a hundred years time.

My point here for those who are struggling to identify relations is not to confine your investigation to the predicted range.  I’ve received emails from people who do this, in the interests presumably of family privacy.  If I am a 2nd-4th cousin match they will look for my ancestors in their ‘great’ to ‘3 x great’ grandparent range and not a generation further.  They will then tell me that it must be a false positive because we don’t share ancestors in that range.  But I might share 4 x great grandparents or further out.

The more remote the relation, the less certain you can be that you have it correct, but paper records can help from that point.  Remote DNA matches are good pointers, they give us clues about which physical record collections to search in.  That quite distant match can be pencilled into the tree with a question mark.  You don’t want to forget it entirely until it can be confirmed or refuted.

If you are only after close relatives that’s fine, no need to take this step.  But if you are about to give up because you can’t resolve the matches, please look that bit further first.

Don’t feel you are getting it wrong because you can’t place many cousins.  I’m pretty sure we are all experiencing the same thing here, especially those of us in Australia.   It’s a big big challenge but we don’t need to make it worse by focusing too narrowly. The more cousins we place, the easier it will be to place the rest.  It can’t be rushed.

Have  a cup of tea and take a few minutes to sort the matches in different ways.  If nothing jumps out, leave it for a week and try again.  Keep the surname list or tree updated if possible.  No pressure, really.  Something will come of it sometime.