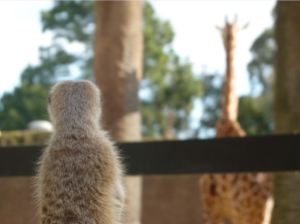 Just a few days ago, my father’s DNA test completed processing.  I am now one of those fortunate ones with tests for both parents as well as myself and my son.

A whole new activity has now become available to me.  If I grow tired of searching other people’s trees looking for a connection, I can examine our family data and look for patterns.  I can follow the DNA segments down through three generations and see how the recombination actually occurred.  Was there a uniformity to it?  Is it as random as people say?

In a previous blog I mentioned the X chromosome.  That was one interesting feature.  One of my X chromosomes came from my paternal grandmother – we don’t know if it recombined there or not – but it passed unchanged from my father to me, and I passed it quite unchanged to my son.  If he has a daughter one day, she will have received an X-chromosome directly from her great great grandmother.  That’s five generations with no alteration at all.

Given that it takes on average five or six generations of recombining to render a segment too small to be useful, if an X-chromosome were to recombine only once every five generations our smaller X-Matches might have come to us from a common ancestor some 2,000 years ago – about 25 generations.  No wonder it is hard to use them!  Also no wonder small ones are considered IBS.  Even if they are genuine, they extend back before the genealogical record.  Of course, not all X-chromosomes will behave this way but I have now learned that it is possible.

We try to gain a very clear picture of the past using DNA, just as we do when constructing a model.

I have also noticed that some very large blocks will come down either unchanged or not at all rather than splitting up.  My father and I each match one particular person by a total 47cM including one 33cM segment.  The match shows as a 3rd-5th cousin but I think that big segment is skewing the prediction.  Since this match is on Gedmatch I have been able to check my son against him with reduced thresholds, and my son has no match whatsoever.  Not even 1cM of that large segment was passed on to my son.

I have two kinds of Identical By Descent matches – meaning the genuine matches where our DNA really does match.   One kind is a match on just one segment which doesn’t change size, usually a segment of 10-20cM and usually shared by a large number of people.  With three generations to look at and often two or three generations at the match’s end, we can see that it is passed down in completion, and there is no change in the predicted relation even after two generations.  These, I’m pretty sure, are from long ago.  Who knows how many centuries they have come down at the same size?

The other are the more recent matches – ones within the six or so generations where things work as expected.  My son has a match, I have a bit longer match, one of my parents has a match which is a bit longer again.  When this happens, I’m pretty sure the MRCA really is close.

Using this information, I have taken a fresh look at my matches.

Untitled border from ‘The Fairchild Family’ by Mary Martha Sherwood printed in 1845.

A long time ago I wrote a blog post about my 3rd-5th cousins, and in it I referenced a match with a man who listed Waller and Warren amongst his surnames.  I wrote to him and he answered very politely telling me that he felt our connection was too tenuous to work with.  It was my first week with DNA results and his reply surprised me, since he showed quite high on my list of matches.  I later learned that he had many matches closer than me – I was about number 35 on his Gedmatch list, whereas he was in my number one position until Sarah showed up.

Although I could do nothing more at the time, I didn’t forget him.  Now with both my parents’ results I took another look to see what was happening.   This is what I learned:

I match this man at the following locations:

Comparing Myself and Our Match

Estimated number of generations to MRCA = 4.6

My identified and confirmed 4th cousin Sarah shows on Gedmatch at 4.4 generations to MRCA whereas she is actually five. That helps me gauge Gedmatch’s accuracy.  I expected to find this man sharing a 3x great grandparent with me and I have identified most of those, so it seemed quite manageable.  I don’t actually have his tree but I thought by using the trees of ‘In Common Withs’ I might get somewhere.   The surnames Waller and Warren – our likely match – are on my mother’s side so I compared him with her.

Comparing My Mother and Our Match

Estimated number of generations to MRCA = 4.8

Here was a surprise.   He matches my mother and myself on chromosome 10 but not chromosome 14, which was clearly big enough to be a genuine match.  My mother’s match is longer than mine on that segment and it is predicted further to MRCA now that we are a generation closer.

I live in Australia.   I have come to the conclusion that most Australians are seeing this sort of thing.  We just have to get used to it.  I compared our match to my father.

Comparing My Father and Our Match

Estimated number of generations to MRCA = 5.0

Imagine that.  This man matches my father on chromosome 14 at a slightly increased rate, with a predicted five generations to the MRCA.  I am related to this man on both sides of my family!  The prediction of 3rd-5th cousin is not correct, although it’s easy to see how FtDNA came to it.  I expect to find him about five generations above my parents.  He and I have two common MRCAs and they are at the level of my great great great great grandparents – or maybe with one more great.

The man was quite right.  The connection is tenuous.   It’s one of those challenges that most people would walk away from. But I think it can be done.  It will take time, patience and tenacity, but I have all of that.

My conclusion: DNA inheritance is a bit like the English language.  It follows rules but there are exceptions to every rule. For many Australians,the family tree will be quite entwined due to our emigrating ancestors knowing each other back in their homeland, be it Ireland, England, Scotland, China or Germany.  It really takes the tests of several family members to clarify the DNA trail.  Once some of us have done it, it will become easier for the rest including those who have no family to test with them.

It’s a slow process, but every step makes the next that little bit easier.