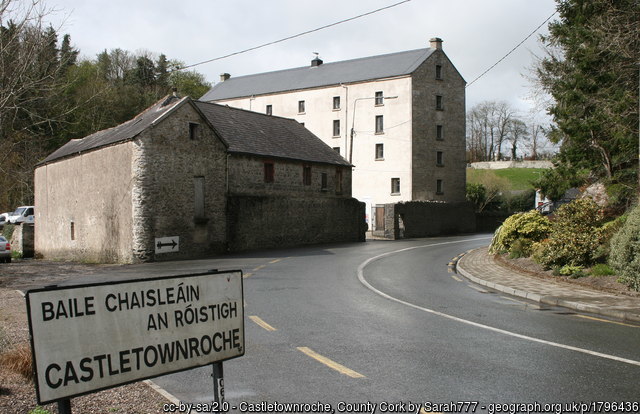 The pioneer of our Peard family in Australia was John Peard who arrived in the 1850’s as a young man and eventually settled in Albury on the New South Wales/Victorian border.

Family researchers in the mid 20th century went to Ireland in search of our roots and returned with a grand pedigree in ornate handwriting which gave us the lineage of the Peard family in Fermoy, Cork.  A slightly simplified version of this lineage can be found in Burke’s Landed Gentry of Ireland. The family home was Coole Abbey in Fermoy where the family once entertained royalty.  The manor was built for Henry Peard back in the 17th century and remained in the family until the early 20th century.

Somehow the family line descended from Coole Abbey and an entry in Burke’s Peerage to my great grandfather, the respectable but hardly notable Burley Peard in the Snowy Mountains district of New South Wales.  We all wanted to know the story.  Why were we not sipping tea in our illustrious mansion in Ireland?  What happened?

There were other questions too.  Why would a well-connected young man travel alone to Australia?  Why did he then stay here when he was wealthy enough to return to Cork for a visit?  Why does the family have no heirlooms from Ireland?  Why did he not name a daughter after his mother? The story seemed incomplete.

On 18 Sep 1856 he arrived in Melbourne on the ship Saldanha. He was aged 17 and is on the shipping list as ‘Gentleman’.  He traveled alone.  Later research has shown that he first went to the Victorian goldfields before making his way to Bowna in New South Wales where he met his future wife.  John Peard certainly was an educated and hard working man. He was involved in local committees and progress associations. He was also industrious and adventurous, ready to try new methods.

This is the second half of John and Mary Ann’s marriage registration showing their occupation, age, location of the marriage, their address, parent’s names and parental occupation.  John Peard was a carrier aged 28 and he lived in Albury.  The handwriting is difficult to read, someone just might read ‘Lehy’ as ‘Selby’.  But until the past decade it was not easy to locate a marriage certificate in Australia without knowing which state one needed first.  After all these years looking for a Jane Selby as per the older research, now we could search for Jane Leahy.

At first it didn’t help. Jane Leahy has proved as hard to find as the nonexistent Jane Selby. Her birthplace was a complete guess.  There was no baptism to be found for John so there was no confirmation that she was even Irish, other than that very Irish surname. Henry Harrison Peard died in Inchinapalace on 4th May 1847 of fever but did not mention any family.  It was a puzzle that wouldn’t solve for a very long time.

Two recent events changed everything.  Firstly, a fellow researcher in the United States found me through this very blog and contacted me regarding John Peard.  She was the descendant of one Richard Peard who emigrated from Cork to the United States alone as a teenager sometime around 1858.  A family story had passed down that Richard Peard had a sibling who moved to Albury in Australia.  When she read my blog she suspected she had found the sibling.

Secondly, a very elderly Peard relative in Ireland replied to an online post stating that John Peard in Australia was supposed to have a brother named Henry who went to the United States.  These two sketchy stories led to a comparing of DNA test results which confirmed cousinship between the descendants of John Peard and the descendants of Richard Peard of Iowa.   It looked very positive.

Finally, after some rather pessimistic trawling through the Irish Catholic Parish Registers, I found him.  More than that, I found the whole family!

Here he is at last, after at least fifty years of constant research by various Peards with a few big surprises thrown in.  He was baptised on 26th June 1839 in the Catholic church at Castletownroche and his address is given as Inchinapalace.  At least, Henry Peard’s address is.  Jane was still a Leahy and John was illegitimate.  This explains a lot.  Henry Harrison Peard was a protestant, Jane was Catholic. After Henry’s death, did she and the children receive any protection from the rather wealthy Peard family?  Were they even acknowledged as Peards?

Looking further in the register, the following baptisms also came to light.

This is the baptism of Richard Peard on 26 Feb 1841, the lad who emigrated to Iowa.  He was also illegitimate.  One illegitimate child might be an accident or a seduction. Two? There must have been some impediment to marriage.

William Peard baptised on 28th Aug 1842, also illegitimate.  Yet Henry Peard was not called upon to marry Jane?  The existence of this boy was a complete surprise.

Two illegitimate girls, Ellen and Sarah both baptised on 18th October 1846.  They may not have been born at the same time.

It looks as if Jane Leahy was living near Castletownroche and was in a long term relationship with Henry Harrison Peard.  One Henry Peard was having children quite nearby with a wife named Catherine.  This is an avenue to explore.  But many questions remain.  What happened after the death of Henry Harrison Peard in 1847 and the emigration of John Peard in 1856?  How did the family live?  What happened to Jane, William and the two girls?

The plan now is to look at the Leahy families around Castletownroche, focusing on Jane Leahy and the sponsors.